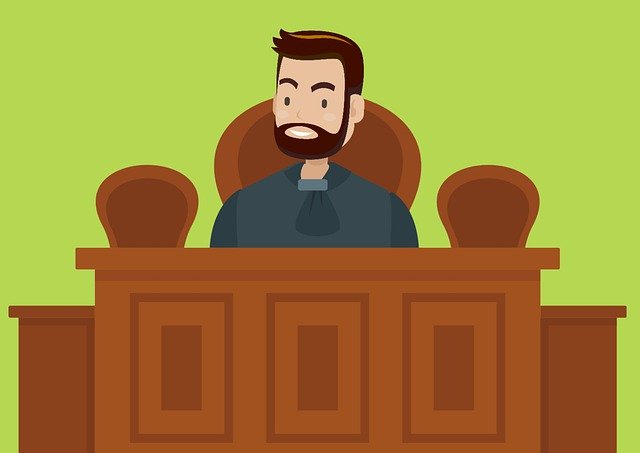 Do you want to know what makes a good judge? If so, there are five important judicial skills every good judge must possess.

Although what makes a good judge is sometimes innate. For example, good judges can detect when lawyers are dishonest. However, it is possible to acquire these traits through education and training.

People see judges as embodying the power of God and, therefore, represent God in the dispensation of justice.

A combination of skills is what makes a good judge. A judge deficient in any important judicial skill will struggle in carrying out his/her judicial functions.

If you are ready to find out what makes a good judge, get yourself acquainted with the skills listed below.

The following judicial skills are essential if you want to succeed as a judge or judicial officer.

The courts have rules of procedure that the judge, the parties, and all other officers of the court must follow.

Judges should be masters of court proceedings. Infringements on procedural rules may result in grounds of appeal.

Procedural irregularities account for a large percentage of the grounds upon which appellants appeal the judgments of courts.

A good judge will make sure that the court and the parties comply with procedural rules to avoid a miscarriage of justice.

Substantive law is simply a set of rules that regulate and govern the actions of members in a given society.

Substantive laws contain specific rights, responsibilities, and penalties for any infringement of the law.

A good judge knows the provisions of the law or at least knows where to find it.

Fair hearing is one of the constituents of the concept of natural justice. It places a duty on people to be fair at all times.

What makes a good judge is not only the knowledge of the laws. A good judge must apply the laws and not infringe on people’s right to a fair hearing.

Good judges must have the skills to control their emotions and especially know the ways to handle problematic lawyers.

Every judgment is subject to the scrutiny of fair hearing and will fail on appeal if it does not pass that test.

The 5 Elements of Fair Hearing:

It is the responsibility of a good judge to make sure that parties are aware of the court proceeding before taking any other step.

The procedural rules of court provide for the time within which a party should appear in court.

No good judge will proceed with a matter if the time given to a party to appear in court is still running.

It is wrong to deny a party the opportunity to be represented by a legal practitioner of his/her choice.

In some cases where a party cannot afford legal representation, the court or state must provide free legal services for the person.

A judgment of a court must show compliance with fair hearing principles.

Many appeals pending in our appellate courts are against judgments of the lower courts that failed to resolve all the issues raised at trial.

In any legal proceeding, the judge resolves the questions in controversy between the disputing parties.

A good judge should have the intellectual ability to appreciate legal arguments, apply them to the facts of a case, and reach a decision.

For a good judge to resolve the issues in controversy, the judge must consider three main questions.

The Ability to Quickly Dispose of Preliminary Issues.

The ability to deal with preliminary issues on time is the hallmark of a good judge.

Knowing how to get the main trial underway distinguishes a great judge from an average judge.

Preliminary issues have become the bane of the judicial process and constitute the main cause of delay in justice delivery.

Lawyers, especially those who want to delay a matter, usually come up with preliminary motions to obstruct hearing.

A judge needs to know how to clear obstructions caused by lawyers who want to delay a matter.

A good judge must, however, not be in such a hurry that he/she infringes on the principles of fair hearing.

Finally on What makes a Good Judge.

Although judges are human, they should live above board in carrying out their duties.

Judicial skills are essential for the success of anyone performing a judicial or quasi-judicial function.

While some of these judicial skills come naturally to many judges, others acquire them through continuing education.

It is, therefore, vital that judges and judicial officers should undergo regular training to acquire these judicial skills

8 Things You Should Never Tell A Judge.

Oppression Of Women Lawyers: Gender Bias In The Courts.