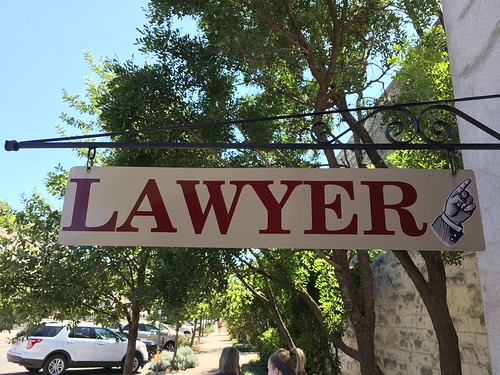 Whether lawyers lie in court or not have been the subject of many cynics who indulge in the pleasure of poking fun at the legal profession.

You have probably heard the statement by some people that, ‘lawyers lie in court’, or that ‘lawyers are liars’. This statement certainly stems from a total misconception of the duties and professional responsibilities of a lawyer.

Some people have referred to the sentiment that ‘lawyers are liars’, as one of the occupational hazards of being a lawyer.

The ability of legal practitioners to represent a man already considered guilty and condemned by society makes lawyers look like people who have no conscience.

One of the primary duties of a lawyer is to represent his/her clients’ interests. When a client tells the lawyer the client’s version of events, the lawyer is under no obligation to cross-check the facts. Those on the other side are therefore perplexed to see a lawyer arguing so passionately on something they consider false.

But the lawyer is merely presenting the facts as related to him by his client. According to some lawyers, it is wrong to take the arguments of a lawyer as the lawyer’s own.

Some Lawyers lie to Court.

Most lawyers have come out strongly to refute the statement that lawyers lie in court. According to them, lawyers are not liars and are not allowed to lie when doing their job.

Many people are certainly not aware of the enormous responsibility placed on lawyers to maintain the highest standards of honesty and truthfulness in their work.

A lawyer can be sanctioned, suspended, or debarred for lying or involved in the falsification of evidence. Recently in Nigeria, the National Judicial Council, which is the highest law-making body of the Nigerian judiciary, recommended some lawyers to the disciplinary committee for submitting forged documents to the court.

But the statement that lawyers are not liars does not mean that lawyers cannot lie. Lawyers are human beings and are quite capable of lying. Any lawyer, who will say that no lawyer lies, is a liar.

To lie means to say something that is not true or according to the fact. To deny that some lawyers lie in court is like playing the ostrich.

The following are some of the reasons why some lawyers lie in court.

Judges and courts have enormous powers to regulate proceedings in court. To avoid the court’s sanction, some lawyers, when boxed into a corner, lie to extricate themselves.

The sanctions meted out to lawyers for breaching the rules of court and professional conduct range from fines, monetary costs, suspension, and disbarment.

Again, there are things you should never say to a judge. Some lawyers lie to avoid saying them.

To Win a Case.

Every lawyer who has a case in court expects to win. The winning of cases is one of the yardsticks of measuring successful lawyers.

Some lawyers, therefore, resort to dishonest conducts to win a case at all costs

To Protect a Client.

Lawyers sometimes lie to protect their clients. This is especially true in criminal matters where the defendant must be in court.

Also, in civil cases like the recovery of premises, some lawyers advise their clients to deny owing rents to the landlord to avoid the punishment of immediate possession ordered against them.

To Frustrate a Case.

There is absolutely no practicing lawyer who has not met an opposing lawyer whom he thinks is not eager to have a case heard.

Now and then, we see lawyers writing to the court to ask for an adjournment on the ground of illness or accident, only for it to emerge that the lawyer in question is hale and hearty and appearing in another court.

While some smart lawyers use technical loopholes in the law to frustrate a matter, others resort to outright lies and dishonesty to make a case not see the light of day.

Lawyers who do not carefully choose their clients may find themselves influenced by dishonest people.

The pressure and stress associated with lawyers’ work can be enormous. Lawyers are always working to satisfy both their clients and the court.

To meet up these demands, the temptation to cut corners becomes more pressing. In legal practice, time is of the essence. Failure to meet deadlines can bring a premature end to a matter. Some lawyers are known to lie to great havens to get a reprieve from the court.

Although lawyers all over the world take their clients’ sides for money, they must not forget that they have a higher duty to the court and society to uphold the course of justice.

The temptation to lie to the court or in the course of legal practice is high. But in the end, the risks involved in such unprofessional conduct far outweigh any temporary benefit.

If you know other reasons why lawyers lie in court, let us know in the comment box below.

9 Things You Should Never Ever Do At Police Checkpoints.