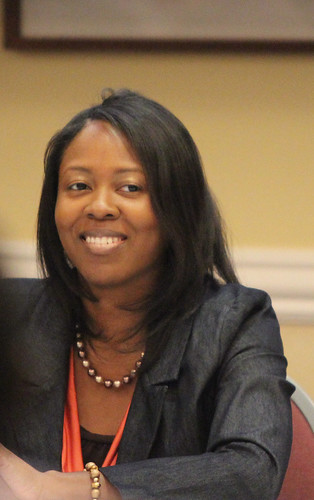 Oppression of women comes in many forms and can happen in many places. But the courtroom is not one of the places you would expect to find gender discrimination.

At the beginning of every court proceeding, litigation lawyers are expected to introduce themselves to the judges. It is standard practice. One of those customs lawyers are indoctrinated into. But this simple practice has become a form of oppression of women lawyers.

For the male lawyers, introducing themselves poses no problems. As a man, you can only be Mister, and Mister only. The case is different for many female lawyers who suffer a lot of discrimination. What seems like a harmless tradition can devolve into a humiliating experience.

Picture this: A learned female rises and introduces herself, by her given names. And just as she poises herself to continue her appearance, the judge yells:

According to some people, inquiring about the marriage status of female lawyers is an oppression of women.

Some judges have a penchant for inquiring about the marital status of female lawyers. A detail that many consider to be personal information.

Many female lawyers argue that this tradition is a sexist relic — one that should be confined to the waste bin of history. Why, oh why, must female lawyers, be asked to specify if they are Miss or Mrs?

Sexism In The Judiciary And Discrimination Against Single Women.

The legal profession is not immune to the apparent discrimination against women especially single women in many societies.

This discrimination against single women stems from the culture in many traditional (mainly patriarchal) societies which promotes the ideology of judging women by their marital status.

Many successful women in these traditional societies, sometimes, find themselves in situations where they have to prove that they can thrive without a man.

One area, for example, where we have the oppression of women is in renting houses. In many African societies, homeowners are hesitant to rent their houses to single women.

Once a woman discloses that she is single, divorced, or unmarried, many people regard her with suspicion. Some even push things further and start to see her as lacking a level of decency.

Miss or Mrs is a Form of Discrimination in Court.

Some experts have noted that the practice of mandating female lawyers to disclose their marital status in court is a form of ‘singlism’.

Human rights activists argue that it’s unfair to compel female lawyers to divulge this information, when their male counterparts are never asked to disclose their marital status.

While asking for marital status is necessary in some situations, for example, during census or research, it is useless during a court proceeding.

From time immemorial, marital status has always been a yardstick by which women are judged in society. Clearly this bias has spilled into courtrooms.

Will disclosing one’s marital status affect the way the female lawyer practices in court? Why should it matter, whether the learned female is Miss or Missus?

Female Attorneys Say They Have Had Enough of Sexist Judges.

Many female lawyers have complained of how some judges make sexist remarks on their physical appearance and marital status.

These sexist remarks, if left unchecked, can cause depression and stress. This can reduce the female lawyer’s productivity and affect the way female lawyers practice in court.

In Nigeria, the complaint was so much that Walter Onnoghen, a former Supreme Court Chief Justice, advised female lawyers to stop using Miss or Mrs when they appear in court.

Onnoghen also asked judges to stop asking female lawyers about their marital status when they announce their appearance.

The practice has, however, continued as many difficult judges still insist that female lawyers indicate if they are Miss or Mrs.

Some female lawyers have accused judges who insist on Miss or Mrs of harboring amoral interests.

According to them, some judges demand the marital status of female lawyers to determine if she is ‘available’.

How Should a Female Lawyer be Addressed?

So what is the appropriate way to address a female lawyer? And how should female lawyers announce their appearance in court.

According to the retired Chief Justice of Nigeria, Walter Onnoghen, female lawyers should use the title ‘Esquire’ when appearing in court.

But not everyone agrees with female lawyers using ‘Esquire’ to announce themselves in court.

Those who oppose the ‘Esquire’ title for female lawyers point to the fact that historically, ‘Esquire’ has a masculine origin.

According to them, ‘Esquire’ in English law is a title of dignity reserved for barristers at law, gentlemen, and other positions occupied by men.

There are, therefore, female attorneys who get offended when you address them as Esquire.

But some women lawyers still insist on flaunting their marital status by announcing themselves as Mrs.

Some people have also noted that many single female lawyers prefer to announce themselves as Miss, probably to show off their singlehood. But this is all speculation. No one has conducted a study on this dividing issue.

Resting My Case On Gender Bias In Court.

The courts and the entire legal system should be places where all forms of discrimination, gender bias, prejudice, and inequality are absent.

Judges should be at the forefront of championing equal treatment for all genders and correct discriminatory behavior anywhere they find it.

The human rights activists have a point. Judges should consider jettisoning the archaic culture of demanding that female lawyers indicate their marital status while they’re announcing their appearances.

It is obvious that this practice is a relic from our patriarchal past. It is clear that this custom doesn’t serve any useful purpose.

While there is a little conflict when it comes to male lawyers announcing appearance, there is no agreement on the proper form for female lawyers.

Some experts have suggested that the proper thing is to let each female lawyer announce herself the way she sees fit.

Are you a woman lawyer or young female lawyer? How will you like to be addressed in court? How do you prefer to announce your appearance in court?

Please share your thoughts, experience and perspective in the comments section.

What Makes A Good Judge: 5 Vital Judicial Skills For Judges.

The Wig And Gown: Is It Time To Get Rid Of Our Colonial Relics?