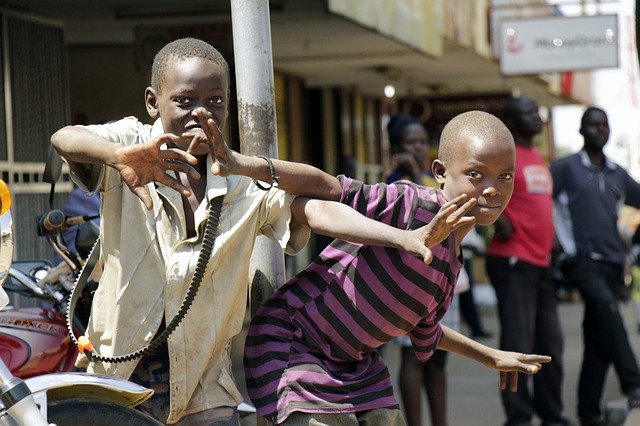 Child abandonment and neglect have become a menace to our societies. It is at the root of most criminal activities and other problems in many communities around the world.

Any society that tackles child abandonment effectively will notice a drastic reduction in crime and other social vices.

Effects of Child Abandonment and Neglect.

Child abandonment and neglect is a situation where parents or guardians fail to provide the essential physical and emotional needs of their children.

Situations like failed and dysfunctional homes, poverty, divorce, lack of family planning can all lead to child abandonment.

The effects of child abandonment and neglect negatively impact not only the abandoned and neglected child, but also the society as a whole.

In the book, Understanding Child Abuse, and Neglect, the National Research Council noted that the consequences of child abuse and neglect include:

Children from poor families are more likely to be abandoned, and abused than children from middle or high-class families.

Marriage and childbearing seem to be the only adventures open to the cowardly.

Sadly, in many societies, there is no one to hold people responsible to train their children.

Some experts believe that parents’ rights and duties should not be reduced only to the procreation of children.

Parents have an obligation not to abandon their children to start fending for themselves at an early age.

While many rich families are having fewer children, beggars continue bear dozens of children. Why should a person without the means continue to have children only to abandon them to society?

Many countries have enacted laws to prevent and minimize the menace of child abandonment.

In some countries like the United States, child abandonment, neglect, or abuse, come with serious consequences.

These societies understand that child abandonment, neglect, and abuse constitute a danger to the rest of society.

One of the consequences of abandoning your child in the United States is the risk of losing your parental rights to custody of the child.

In Nigeria, there are laws that if implemented, will greatly reduce the menace of child abandonment and its attendant consequences.

The 1999 Nigerian Constitution provides that the state shall direct its policy towards ensuring that children and young persons are protected against any exploitation whatsoever, and against moral and material neglect.

This provision places an obligation on the government and parents to take the welfare of their children seriously.

Many countries in Africa have also adopted some international conventions that protect the rights of children.

In 2003, Nigeria for example adopted the Child Rights Act. This law domesticated the United Nation’s Convention on the Rights of the Child.

There are provisions in these laws for the government to take care of homeless or parent-less children.

The government can do this by mopping up homeless children and taking them to orphanages and care centers.

The law also vests responsibility on the government to grant custody of abandoned children to qualified Nigerians or foreigners.

The practice of child abandonment is on the increase. People are taking advantage of the government’s inaction to deal with these children the way they want.

It is an offense to exercise some rights and obligations over a child without approval from the government.

Causes of Child Abandonment and Neglect.

Many situations can lead to child abandonment. The following are however some of the most common.

The problem of poverty has made many families abandon their primary responsibility of taking care of their children and wards.

According to some experts – there lies the root cause of most of our societal problems.

A family in abject poverty will find it difficult to adequately provide for their young ones.

The problem of child abandonment, is worse in countries plagued with bad governance.

A bad government is short-sighted and will not see the need to ensure the safety of the children.

Any society that refuses to take care of its children is setting itself up for destruction.

In Nigeria, abandoned children constitute the majority of recruits for bandits, terrorists, kidnappers, and other criminals.

When children are abandoned, they turn to the streets to survive. They become vulnerable to human trafficking, sexual abuse, joining criminal gangs, ritual murder, prostitution, etc.

Governments who neglect the plight of children are ignorant of the consequences of their actions.

Sometimes divorce can lead to the partial or complete abandonment of a child.

In a bitter divorce, one or both parents may decide not to abandon the child of the marriage.

The issue of family planning is very divisive in some countries. Many parents believe there should not be a restriction on the number of children they can have.

The United Nations and other developmental bodies have continued to advocate that governments should promote family planning among their populace.

These developmental organizations have realized the importance of regulated growth. For any society to progress, their economic growth must match their growing population.

Countries like China, Japan, Bangladesh, and Singapore have very stringent child policies that limit the number of children a family can have.

In the book, The Best Intentions: Unintended Pregnancy and the Well-Being of Children and Families, edited by Sarah S. Brown and Leon Eisenberg, researchers found that children born after unintended conceptions are very likely to live apart from one or both of their parents, usually their father, sometime during childhood.

Although abortion is illegal in Nigeria, the practice is said to be widespread. Some who do abort, abandon their babies in dumpsites or on the roads. Every year hundreds of babies are found abandoned in many Nigerian cities.

Unwanted pregnancies have also led to the emergence of baby factories. Victims of teenage pregnancies are kept here until they give birth.

These babies are eventually sold like ordinary commodities to eager buyers. What the buyers do with the babies is left to anyone’s guess.

It is estimated that millions of children are displaced, orphaned, or separated from their parents due to armed conflict.

In Nigeria, the Boko Haram terrorist organization has orphaned and separated hundreds of thousands of children.

Some religious beliefs in many parts of Africa have contributed to the problem of abandoned children. Adherents of these religions blame helpless children for people’s misfortune.

The belief in sorcery and witchcraft are well entrenched in many traditional African societies. Many children have been accused of witchcraft and chased out of their homes.

In a recent study, Experience, and Knowledge of Child Abuse and Neglect: A study of 179 abused children, researchers found that about 128 or (71.5%) of the respondents were from polygamous families.

Marrying many wives has become a status symbol. Recently in Nigeria, a report came out of a man who has as many as 86 wives and uncountable children.

Assuming men with many wives and children have the resources to provide for them, do they also have the time to attend to each of them?

Those with few children will understand the sacrifice required to provide for them. Imagine what it will be like for polygamous parents with multitudes of children.

Many parents right now, do not know nor care about the whereabouts of their children.

Irresponsible parents, lack the authority to control their children, who must find a way to survive.

The phenomenon of abandoned children is on the rise in many nations. The situation is, however, worse in developing countries.

Almost every country has laws spelling out the duties and responsibilities of parents and the government towards children.

Some countries have succeeded in implementing their child rights laws by holding parents and their governments responsible.  Other countries on the other hand have totally failed.

The menace of child abandonment is therefore the result of the failure of families to take responsibility, and the government to implement its laws.

It is sheer irresponsibility for parents to continue to produce children they cannot take care of.

In some countries, any man who impregnates a woman is held responsible for the child’s welfare. Where there’s a right, there should be a duty.

The United States for example, implement their child support laws. Parents are forced to pay for the financial care of their children.

In Nigeria, although there are laws for the maintenance of children less than 21 years, they are rarely enforced.

It is common in Nigeria to see women begging with children as young as a few months.

Government has a responsibility to sensitize and empower families by enlightening them on the benefits of training their children.

Where the government finds children in vulnerable situations, they should take them to foster homes or where they will be cared for.

It should bother any government, like Nigeria for example, that has over 10 million of its children population out of school and on the streets.

There is no doubt that the law on the welfare of children in Africa especially in Nigeria is grossly inadequate.

Even where the laws exist, they are obeyed more in the breach. Little effort or no effort is made to implement them. Laws can only be a means of social change when they are enforced.

The role of parents in the socialization of their children cannot be overemphasized. When children do not grow up under any parent figure, they become more vulnerable to bad influences.

The apparent government’s inaction to implement the relevant laws to protect abandoned children should be the concern of everyone.

The government’s lack of political will to protect children has created a situation where abandoned children are treated like animals.

Recently in Nigeria, the media was awash with stories of children, chained and kept in dungeons in the name of taking care of them.

Those who claim to have a right to bear any number of children they want must equally be held responsible to provide their children with basic needs to survive.

No one has the legal or the moral right to produce children and then abandon them to become a menace to society.

6 Reasons Why Some Lawyers Lie In Court.