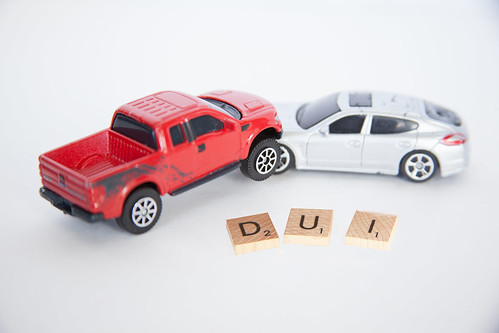 Driving under the influence is highly dangerous, which is why corrective measures are implemented. Various conditions call for different types of penalties so that the punishment fits the crime. Knowing the different classes of DUI will help you know what step to take when you or your loved ones are charged with a DUI offense.

A misdemeanor gets less disciplinary action compared to a felony. However, many factors can potentially turn a misdemeanor into a felony depending on the state. When some conditions are met, what could have been a regular DUI could get bumped up to an aggravated DUI or extreme DUI.

When a person is arrested or suspected of driving while impaired, they will most likely face a standard DUI offense first. The arresting officer will subject the offender to a number of sobriety tests. A BAC level of 0.08% or higher, regardless of whether the driver can handle their alcohol well or not, is enough for someone to be considered for a DUI charge.

After the arrest, the offender will be booked for court appearance or arraignment. They will be dealing with the following:

While a regular DUI is simple compared to extreme and aggravated charges, they are not to be underestimated. Driving while impaired could have gotten the driver or other people killed. If this happened, then the misdemeanor becomes an Aggravated DUI offense.

What makes a standard, and an aggravated DUI different is that the latter considers factors when the arrest was made. Some circumstances during the arrests are too crucial to ignore that they bump the level up from a misdemeanor to a felony.

In most cases, the first offense usually falls under a misdemeanor. However, there is a possibility for it to turn into a felony if the factors are not looking great. The following are some factors that may lead to an aggravated DUI arrest:

With a minor – When the driver is arrested with a passenger under 15 years old, they will be potentially assessed with aggravated DUI for endangering the child.

License issues – The charge becomes a felony if the individual’s license has been suspended, restricted, or revoked at the time of the arrest.

No interlock – Some drivers are required to install an interlock device. When someone is found without such a gadget, they will face a felony.

Wrong way – Aggravated DUI is charged against someone found driving the wrong way while impaired as they endanger the lives of other motorists.

Accident – The driver will be arrested for a felony if they caused injury to someone or damage to property while under the influence.

Multiple DUI – When the offender has been pulled over for multiple DUI arrests within a certain period (7 years), they will be charged with a felony this time.

A driver found driving while impaired with any of these circumstances present will face felony charges. Here are some DUI penalties they may have to deal with:

While aggravated DUI considers factors during the arrest, extreme DUI focuses more on the driver’s blood alcohol concentration level or BAC. In most states, an impaired driving arrest is considered extreme if the BAC level is 0.15% or higher while a 0.20% blood alcohol level may lead to super extreme DUI.

The penalties for extreme and super extreme DUI are usually more severe than a regular charge, but they are still regarded as misdemeanors. This sanction means they are less intense than aggravated DUI.

A BAC level of 0.08% can get anyone arrested for a regular DUI regardless if they are actually drunk or not. This number is merely a measure of potential impaired driving. Drivers can get arrested for DUI even when the BAC level is below the limit if they commit a traffic offense or fail a field sobriety test.

A way to get off the hook if charged with an extreme DUI is to challenge the breathalyzer test result. An invalid result might help the offender get the arrest contested or lower his case to a standard DUI with lesser penalties. However, the driver will have to employ the services of a professional DUI lawyer to build their case properly. Experienced attorneys help clients understand what the appropriate legal charges should be.

If charged with extreme DUI, the first-time offender will have to go through the following:

For the second offense, the individual charged with extreme DUI will face the following consequences:

Meanwhile, third offense of extreme DUI qualifies as aggravated DUI already and will be charged as a felony. For the penalties, please refer to the list under aggravated DUI mentioned above.

Since every DUI case is unique and does not have the same conditions as the others, the conviction should also vary. It is recommended to hire experienced DUI lawyers that can handle appropriate penalties for different levels of drunk driving charges.

The convicted driver will get the legal help they need and receive proper treatment. Most importantly, they will be able to develop awareness and decide against drunk driving next time.

Finally, on the difference between DUI, extreme DUI, and aggravated DUI

Lauren Kunis is the Content Marketing Strategist for Stonewall Institute, an outpatient alcohol and drug treatment center that focuses on a holistic, individualized approach to addiction recovery. She loves reading books, travelling, and going on hiking adventures with her dog Max.