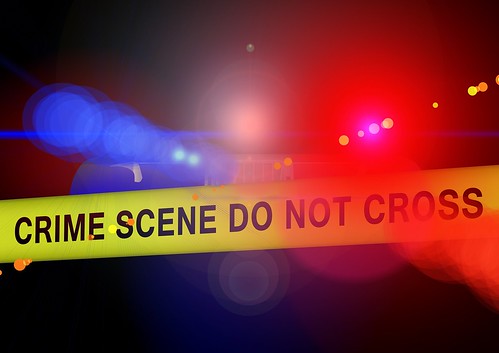 This article will explore some common criminal justice system myths and how they work differently in the media and in real life. Many of the criminal justice processes we see on television are nothing but legal fiction.

The appeal of crime scenes in TV shows is undeniably popular. It could be because of the mystery, the suspense, the plot twists, or people are just drawn to serial killers. Whatever the reason, it is no surprise that people love watching shows with crime drama elements to them.

However, how the criminal justice system works in TV series is not realistic or accurate. Most of the time, investigative work is portrayed that way to fit the show’s narrative or due to time constraints.

Unless you are a criminal defense lawyer, not knowing what is accurate about the justice system is understandable. Nevertheless, it would not hurt for the audience to know what is applicable in the real world. Here are some common criminal justice system myths in TV shows that do not align with what is happening in real life:

Criminal Justice System Myth 1: It only takes one detective (or a team) to solve the case

The protagonist in the series handles a single crime scene’s investigation process and lab work. Gathering information on the crime scene and analyzing them allows the main character to solve the case flawlessly with little to no help. Sometimes, they work with a team capable of doing both investigative and evidence work.

However, detectives and forensic scientists perform these tasks almost independently in real life. Though it is possible for these two to work together, the investigation team hardly visits the lab. Forensic scientists are only concerned with collecting data. They rarely do investigative work along with the detectives. Lastly, crime scene professionals hardly take on one case at a time and mostly work on multiple cases simultaneously.

It is understandable for crime drama shows to let the roles of the starring teams overlap for various reasons. It could be to establish connections between important characters, display their extraordinary capabilities, or drive the plot faster. Their roles tend to get conflated or mixed up, which raises a few eyebrows from actual professionals in the field.

Law enforcement officers and detectives in shows easily solve the case by finding a crucial piece of evidence: a strand of hair or overlooked fingerprints. Evidence from the crime scenes is more than enough to prove someone’s guilt or innocence. These are somehow like McGuffin or Holy Grail, where finding them ultimately leads to the conclusion.

The suspects tend to reveal their master plan or why they committed the crime, especially when they get cornered. The villain’s monologue solidifies the evidence against them; case solved, and everyone lives happily ever after.

However, that is not the case in real life at all. A single piece of forensic evidence is not enough to pin down a suspect for a crime. Some evidence is of low quality and may not be enough to tell who the culprit is. There are real-life cases where compelling DNA or fingerprint evidence is enough to solve them, but these are not common.

Additionally, there are instances when an innocent person is forced to confess to a crime he did not commit for various reasons. Many factors come into play in the real world that make solving cases more difficult.

Criminal Justice System Myth 3: It takes little to no time to process any crime scene evidence

Criminal justice system myths also manifest when crime scene evidence is processed within an hour or even minutes while watching a TV series. The investigation team goes over evidence from the crime scene, submits them to the lab, and gets results immediately. Detective work is even made faster if the protagonist or the character is some sort of genius. Amazing, isn’t it?

Well, that is not always the case in actual reality. Evidence can take days or even months to process. The delay is likely due to laboratory backlogs or the overwhelming number of cases the team is processing. On top of this, low-quality evidence might not provide enough data to reveal useful information for the investigation. There is also the possibility that data was not yet submitted for the said fingerprints or DNA.

TV shows tend to make the process conveniently short to fit the running time and quickly bring the narrative to a conclusion. Sometimes, this showcases how skilled a TV character is – whether they are the protagonist, a side character, or even a villain.

Criminal Justice System Myth 4: It takes little to no time and evidence for the case to wrap up

Cases in TV shows get wrapped up in one episode or two, usually running for about a week or less in their time.

In real life, building a case takes more time and evidence before it goes through the conviction process. Additionally, more time and effort are involved in finding sufficient information to incriminate anyone. The prosecuting team needs to gather relevant information by interviewing witnesses, investigating the crime scene, and preparing the case. All these processes take years before a case is solved, while some cases may not even get solved at all.

Just like how fast the evidence processing time in TV shows is, how fast the case gets solved is also done on purpose. That is because the show’s story needs to wrap up everything before the episode ends. That way, the audience accepts the conclusion wholeheartedly and without question. Though it is not surprising for a TV series to have plotholes, the primary goal is to tell a story in the most entertaining and exciting way possible.

Criminal Justice System Myth 5: Some protocols are strictly implemented, no matter what

Law enforcement officers in criminal television shows will recite the Miranda rights before arresting someone. The court would dismiss the case if the officer did not follow this simple police protocol.

In reality, this is not entirely true. Police officers do need to inform the person of their rights before questioning or arresting them. It is advisable not to say anything if your lawyer is not around.

The part where there is a problem is that the case will get dissolved if the arresting officer fails to say the Miranda rights. Failing to do so will not necessarily get the case dismissed in court. It merely makes the evidence inadmissible.

Another protocol common in crime shows is the one phone call rule. The person under arrest is allowed only one phone call, but this is not true at all. Actually, they are allowed to call friends or relatives multiple times.

It is important to note that the phone call is a privilege, not a right. Police authorities may deny a person a phone call if they are not cooperating or behaving properly while under custody.

Stephanie Gordon currently works as the Content Marketing Strategist for the Arizona Criminal Law Team. Aside from spreading awareness about criminal law and defense, she enjoys reading and trail running with her family and friends.

Civil Vs Criminal: Why Suing Your Assailant For Civil Damages Is Better.

The Difference Between DUI, Extreme DUI, And Aggravated DUI