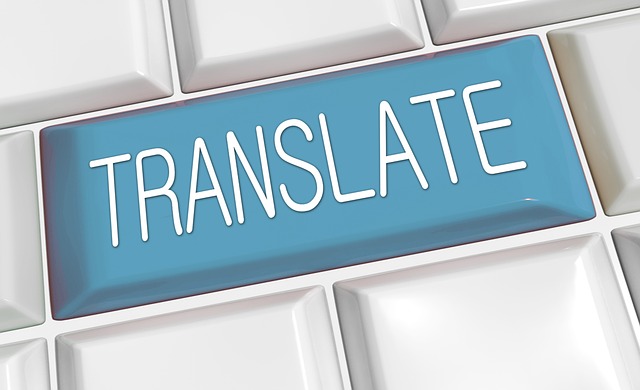 Legal translation services involve the translation or conversion of written legal documents from one language to another.

In this article, we will examine why it’s necessary to have legal translation services in the legal system.

On January 5, 1988, the body of Carmen Lopez was found inside her apartment in Hartford, Connecticut. Carmen, who was pregnant, was beaten, her hands and feet bound, a cloth stuffed into her mouth, and strangled.

Two men abducted and raped on the night of July 10, 1994, a woman in Waukegan, Illinois. After the woman got away from her attackers, she sought the help of the police immediately. She told the police that her attackers were two Hispanic men.

These heinous crimes are just two of the many cases in which miscommunication resulted in even more injustice.

The Case of Miguel Roman: The Need for Legal Translation Services

It did not take long for the authorities to have a suspect for the murder of Carmen Lopez. They zeroed in on her ex-boyfriend, Miguel Roman. According to neighbors, they heard some commotion coming from Carmen’s apartment two days before her body was discovered. Another witness reported seeing a vehicle that resembled Roman’s at the time that the crime was believed to have been committed.

The investigators tied Roman to the crime. They believed Lopez was pregnant with Roman’s child and that his motive to commit the murder was his inability to persuade Lopez to have an abortion.

Roman, we must point it out, was not very fluent in English. His rights were read to him in Spanish, but the efforts to make him understand the process that he was going through seems to have ended there. Most of the interrogations were conducted in English.

Roman gave conflicting stories about the last time that he was with Lopez, which increased the suspicion of the authorities. A friend of Roman’s also told the police that he had asked her to lie about his whereabouts at the time the crime was committed. It was obvious Roman did not know the right steps in a criminal defense case.

Roman was accused of murdering Lopez and was subsequently put on trial. He was found guilty and was sentenced to serve a 60-year prison term.

The Case of Angel Gonzalez: The Need for Legal Translation Services

Angel Gonzalez was driving near the apartment of the victim in Waukegan later on the night of the attack. His vehicle was somehow marked as suspicious and he was pulled over.

Although Angel did not match the description of the suspects, except for the fact that he too was Hispanic, the police took him into custody. Angel did not know why he had been taken into custody. The officers who took him in all talked to him in English and Angel had a poor grasp of the language, having come from Mexico.

The officers also made him sign a prepared document written in English, which was the equivalent of a confession to the crime. Eventually, he was found guilty and was sentenced for committing the assault.

How Miscommunication Led to Wrongful Convictions

The cases of Miguel Roman and Angel Gonzalez are just two examples of wrongful convictions caused by miscommunication. In these cases, the miscommunication stems from the fact that the accused were not fluent in English.

Based on new statistics, the United States will be a “white minority” country by the year 2045. Many recognize this to be a step in the right direction, but those who belong to racial minorities still face some barriers caused by language.

With 30% of the Hispanic population in the United States not considering itself to be proficient in the English language, it’s not surprising why there are Miguel Gonzalezes and Angel Romans who got incarcerated for years for crimes they didn’t commit.

Whether or not intentional, some authorities who are dealing with LEPs suspects will insist on using English during questioning. This is exactly what had happened in the cases of Gonzalez and Roman.

Gonzalez did not even have any clue about what was going on and why he was being detained at the time. Had he been properly informed of the situation, he would have been more careful about his words and actions during those crucial moments.

The Cost of Miscommunication in the Legal System

For Miguel Roman, the cost of that miscommunication was being incarcerated for almost two decades. Angel Gonzalez, on the other hand, had to endure 21 years of imprisonment because he was not proficient in the English language and the authorities didn’t seem to care.

As seen from the cases of Roman and Gonzalez, an LEP faces disadvantages when dealing with the law, a law that’s written in English. Whether or not the authorities are acting maliciously, an LEP will have a hard time understanding the proceedings.

In the case of Angel Gonzalez, they made him to sign a prepared statement that was written by the authorities. It was basically a confession that he committed the crime of which he was being accused.

These cases can be avoided with all the communications between the authorities and the accused being interpreted and translated. Legal translation services are not something that anyone who is familiar with the languages can provide.

Professional legal translation is a service provided by companies like Tomedes, TransPerfect, and RWS, and their outputs are certified, which is one way of guaranteeing that the accused will get the right information about his case.

Interpreters can also deliver valuable legal translation services to accused LEPs by giving an accurate account of their situation in a language that they understand.

Wrongful Convictions: A Crime Itself

It’s never been easy to determine the actual number of wrongful convictions. Those convicted of crimes typically maintain their innocence.

In the United States, exonerations, or cases where the convicted person is declared to be innocent of the crime, mostly come from cases where the sentence is death. It’s likely that the increased scrutiny drawn by these controversial cases has revealed evidence to prove the innocence of the defendant.

Cases that resulted in death sentences are 1% of all the prison sentences in America, but they made up 12% of exonerations. If there are that many innocent people on death row, then there must be so many others who have been convicted for lesser crimes.

Finally, on the Need for Legal Translation Services in Today’s America

Society does not benefit from the imprisonment of an innocent person. Providing translators and interpreters to help those who are accused to understand what they are facing is a service to everyone and not just the defendant. After all, putting an innocent man in prison, just because he doesn’t know a language, might not be a crime, but it might as well be.

The wrongful convictions and eventual exonerations of Miguel Roman and Angel Gonzalez are tragic and, at the same time, inspiring stories of hope and redemption. Hopefully, our society can learn from their cases and make sure that they will never happen again.

Christian Ray Pilares is a professional writer who has been writing about legal, financial, and language-related topics for years now.