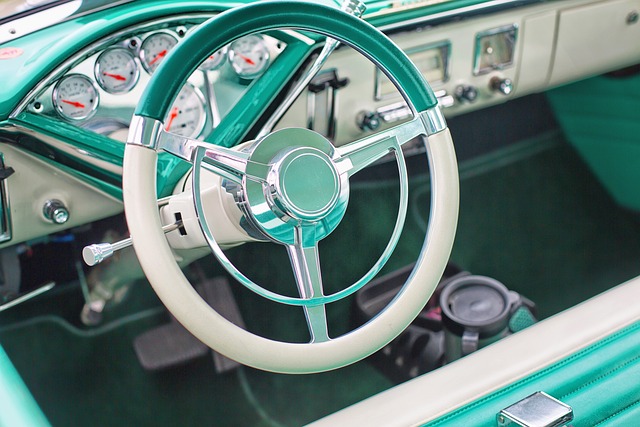 This article will examine the penalties for ignition interlock device violation. Drunk driving penalties can be severe and frightening, and you might worry about getting caught.

And if you have an Ignition Interlock Device (IID) installed in your car as part of a court order, you should know that if you fail to adhere to its requirements, you could face additional penalties, including fines, license suspension, and even jail time.

These penalties vary by state, so check with a DUI attorney if you’re not sure what they are where you live.

What Is an Ignition Interlock Device?

An ignition interlock device is a breathalyzer connected to the vehicle’s ignition system. When the driver tries to start their car, they must blow into the device first. If their blood alcohol content is over a certain level, they won’t be able to start the car.

This means that even if they had been drinking before getting behind the wheel, they wouldn’t be able to drive drunk and put themselves and others in danger.

Those who only drink once every few months might not have any problems with an ignition interlock device because it takes more than one drink to reach the legal limit. They also have time between drinks to sober up.

However, anyone who consumes multiple drinks at once or regularly may struggle with these devices because it will affect them no matter how long ago they consumed their last drink.

The installation of an ignition interlock device is permanent, meaning that it cannot be removed from the vehicle for any reason, including emergencies like fire damage or theft recovery.

How Does an Ignition Interlock Device Work?

An ignition interlock device is a breathalyzer that prevents someone from starting their vehicle if they have consumed alcohol. The device requires an individual to provide a breath sample before starting the vehicle and periodically while driving.

If the blood alcohol content (BAC) exceeds a preset limit, the car won’t start. The driver must also blow into the device at random intervals to provide another BAC reading and continue driving. These devices are currently used in different states and are required after DUI cases.

You’ll know that IID violations carry penalties if you have read facts about ignition interlock devices. And the consequences of driving drunk are very real and can be life-changing.

If you’re convicted of a DUI, the court will require you to have an ignition interlock device installed in your vehicle. This is because the offense was committed while operating a vehicle.

Installing an ignition interlock device requires you to blow into it before starting your car, proving that you are not under the influence of alcohol. It’s important to note that if you refuse a breathalyzer test after being pulled over by law enforcement officers, your license will automatically be suspended for several months.

There are other repercussions as well. For example, if you violate any conditions set by the court (such as blowing over the 0.02 blood alcohol content level), you may face fines and even jail time.

Failure to comply with this order can result in a first-offense charge that is punishable by several months in prison, a fine of up to $5,000, or both, depending on the state laws.

A second offense of driving while intoxicated could also result in an ignition interlock device being installed on the vehicle.

If you are over the limit, then the car won’t start. If you’re below the limit, it will start and require a random retest each time you get back behind the wheel.

Second offenses carry harsher penalties, and offenders may face five years in prison, a fine up to $10,000, or both.

If you’re convicted of your third DUI, you must install an ignition interlock device in your car.

To get your driver’s license back, you must have the device installed and maintain it for several years. Failure to comply can result in jail time and fines.

Fourth violations carry potential penalties, including imprisonment and any other applicable penalties related to the fourth conviction.

Some of such penalties include loss of driving privileges, vehicle impoundment, or immobilization for up to 90 days.

Violations for Tampering IIDs in Some States

The penalties for driving under the influence are well known, but what about the consequences of tampering with an ignition interlock device?

What happens if you drive while your IID is not installed correctly or you tamper with it while it’s installed?

Again, the violations vary by state. In Colorado and California:

In Colorado, tampering with an IID is charged as a class 1 violation. People who help tamper with these devices may also be charged with the crime, regardless of whether the IID belongs to them.

In this state, class 1 violations may have serious penalties. Anyone convicted of tampering with an IID could face a maximum of 18 months in jail and about $5,000 in fines.

Also, tampering with these devices can affect a driver’s privileges, especially if already convicted of DUI cases.

The court will likely revoke the restricted license and extend the suspension. Additional fines may also be ordered.

A California prosecutor can charge the driver with a misdemeanor criminal offense if a valid IID order has been violated.

The driver may face up to six months in jail and a maximum $5,000 fine. There may also be driving privilege consequences, such as revoking the restricted license.

Avoid these penalties by staying sober and preventing drunk driving. Always have a designated driver with you when drinking alcohol to help ensure your safety.

If you are convicted of a DUI case, seek professional advice from licensed DUI lawyers immediately. They can review your case and suggest actions to ensure you win.

Lauren McDowell is the Content Marketing Strategist for Interlock Install, a Phoenix-based company that performs the installations, service appointments, and removals for ADS Interlock. When not writing, she attends book clubs and enjoys reading stories to her kids.

10 Prescription Drugs That Can Get You Arrested for DUI

How A Past Criminal Conviction Hurts Your Everyday Life.